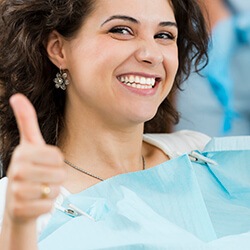 Root Canals Save Your Teeth

Being told that you need a root canal is actually good news, and modern treatment is less invasive, more predictable, and less traumatic than that of previous generations. As an alternative to extraction, root canal therapy allows a person to retain a tooth that is infected and will, ultimately, die. In most cases, internal tooth infection is the result of an untreated cavity, but it may also be caused by a fracture or injury.

Three Layers to a Tooth

The white, outer layer of our teeth is enamel, and it's the second hardest naturally occurring substance on earth. Beneath enamel is dentin, a softer tissue that features tubules to funnel sensations toward a tooth's nerve. Then, inside the canals within a tooth's core, a nerve and connective tissues (called dental pulp) sustain the tooth’s life by supplying nutrients and removing waste from the tooth. When the interior chamber of a tooth is exposed to bacteria, usually from a cavity or fracture, infection builds in the tooth's pulp.

Many people mistakenly believe that a root canal causes pain. On the contrary, a root canal relieves pain. As infection grows inside a tooth's canals, pressure builds. This results in pain, usually expressed as an acute toothache. By removing infection and bacteria from within the tooth, pressure is relieved and pain subsides.

Using microtools, our dentist will remove the infection and bacteria from within your tooth. A manmade, inert substance will be placed into the canal so that the tooth retains its strength and is no longer connected to the body's nervous system. After a root canal, the affected tooth will not be alive; however, it will remain safely intact, meaning that you won't require an extraction or replacement tooth.